I wanted to prepare one Mexican combo for this week’s theme. That’s when I got this recipe from my colleague – Quinoa and spinach burrito. The recipe was super simple and very healthy so I thought of trying it right away for the International combo. And you know what prepared a huge batch of my slow cooker rajma so thought using the rajma gravy instead of boiled/canned beans. To my surprise Spinach and quinoa cooked with a hint of oregano and combined with rajma was really great. My sous chef, Mr. Vaandu approved it ate one whole burrito without any complaints and made feel proud. (Touch-wood) 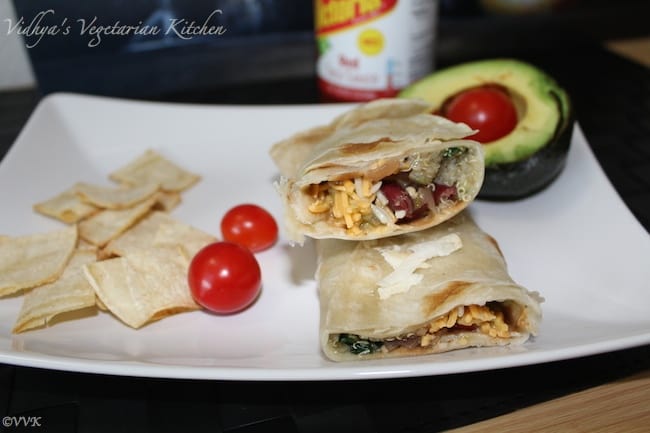 What I did for this recipe was, 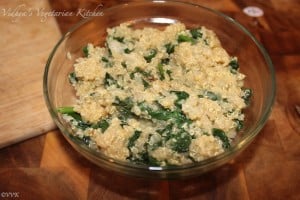 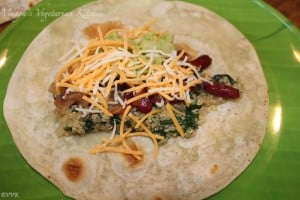 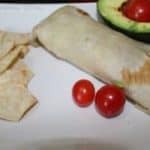 You can add salsa to the filling too.

I am not a nutritionist. The nutritional information is provided as a courtesy and is an estimate only. It varies depending upon the product types or brands.