How can this blogathon get completed without my sodappal(disaster) story? Before getting into my sodappals, I want to write a letter to myself by myself. So let me get that done first.

When you cook during festivals or for any get together, one dish will be a sodappal for sure which is ok. So don’t worry about it too much. All is well. (Arasiyal edulam sahajamappa.*)

Please while cooking don’t watch TV, especially your favorite shows. You tend to add ingredients either too much or forget completely. Poor hubby and kiddo.

Please uninstall the scribd and amazon kindle app from your phone. You multitask while reading and watching TV but when the kid does the same thing you say no. How can that be possible? Either let me him also multitask or you don’t do that.

I know I need to read that letter a zillion times. Hopefully I learn this at least this year, especially the third point. Ok enough of the serious part, now comes the comedy part.

Sodappal 1:
It was bhogi morning. I was planning to do kuzhambu, Aval kheer and seppankizhangu (Arbi) curry. A simple menu and planned to pack the same for lunch. I think I will be only person to microwave arbi for 12 minutes. I don’t know why I did and what made to press 12 minutes in microwave. Arbi was overrrrrr cooked. It became mushy and goooyeee. What would I do now? First thought of dropping the idea of making the curry. But then I didn’t want to waste the arbi also. So I ended up adding lot of oil and frying it. ( I don’t usually use more than 2-3 tsps of oil.)

It was a weekday and one of our friend was coming over for dinner. I was planning to make poori and bhaji, that’s all. No fancy dinner and all. Kiddo was playing and I was watching TV (one my favorite show and I was into it) and cooking. That’s the mistake I did. Happily added 3 tbsps of  besan for aloo bhaji and added it to the bhaji without even realizing it. Thank God, I tasted it. The bhaji became so thick, added lot of water and salt. It was tasting like raw besan soup. If I add something, something else was missing.  I was thinking of fixing it again, but I didn’t want to take a chance as we invited the friend. Ended up making another dish and I had the bhaji twice just to punish myself and thrashed the rest :-( :-(

* famous dialogue from the tamil movie Suriyan which means these are very common in politics.

Hello all, I am Srividhya, the person behind this blog. I firmly believe that the mouth is the way to the heart. My blog is all about vegetarian and vegan food with unique and exciting recipes from all over the world. From traditional, authentic recipes to fusion and eggless bakes, you can find it all in Vidhya’s Vegetarian Kitchen. Read More…

VVK is a participant in the Amazon Services LLC Associates Program - an affiliate advertising program designed to provide a means for sites to earn advertising fees by advertising and linking to Amazon.com. As an Amazon Associate VVK earns from qualifying purchases. Privacy Policy 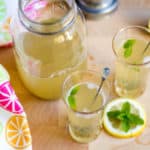 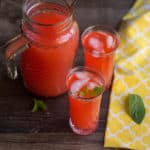 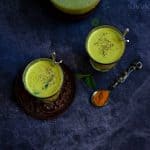 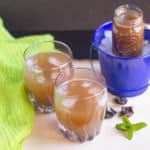 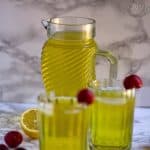 Sign up to receive your free renovation templates straight into your email box!